To Reach New Levels of Success, You Have to Do New Things 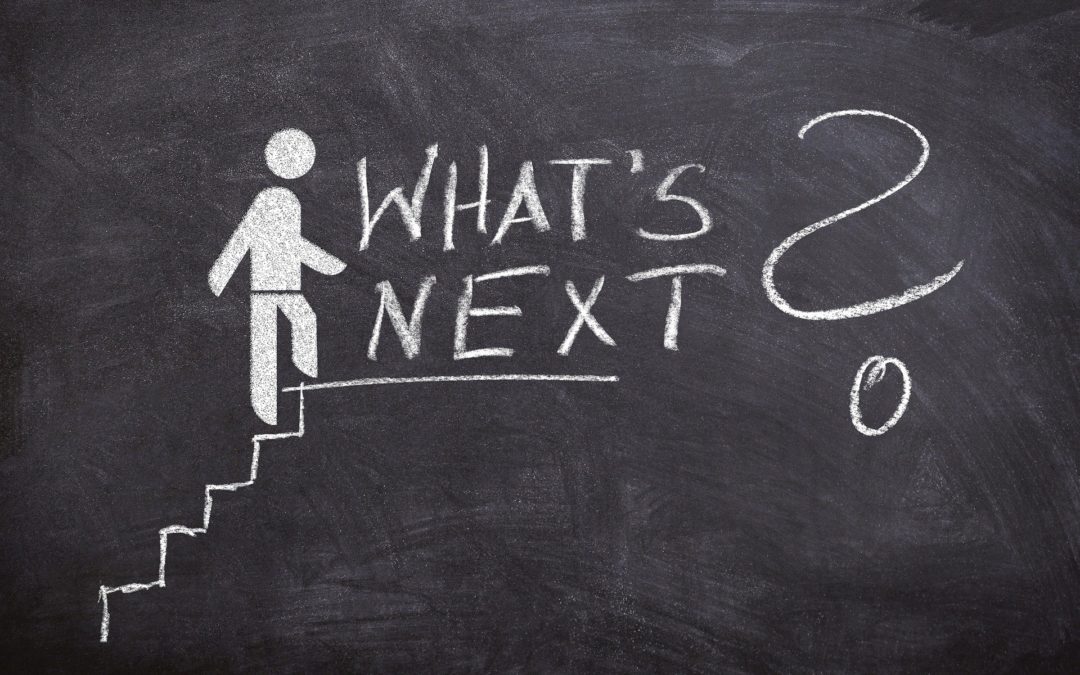 If we’re all honest, we’d have to admit that it’s easy to grow complacent as a leader. When things are going well and the minimum requirements are being met, it’s easy to fall into the same old routine day in and day out. When there are no fires to put out or pressing demands that require our attention, it’s easy to just get stuck in one place. And if no one is complaining, it’s easy to think that this is OK.

But it doesn’t work that way. You’ve probably heard the saying “if you’re not growing, you’re dying”. And while that sounds a little harsh, it’s true in business. You can’t just reach a certain level and then do nothing else and just remain there. If you don’t continue to give your attention and effort, eventually you’ll start sliding backward.

A lesson from a 4th of July celebration

Years ago, I started working with a church to help plan and oversee the running of their events. One of the annual events that the church held was on 4th of July. The town had a parade in the evening and then fireworks once it was dark. The church property was a prime viewing spot for the fireworks so every year they invited people to come out and watch. They provided hotdogs and soda and the church band played music outside.

They did this for several years and people liked it.

When I started working with the church, we began looking at ways to up-level the events. So, we transformed the annual 4th of July celebration into an Ol’ Fashioned 4th of July. We went all out with the old fashioned decorations. Everything was red, white, and blue. There were streamers, balloons, and signs. We designed games like ring toss and throwing darts at a board of balloons. We had face paint, an ice cream cart, a watermelon eating contest, and free pony rides for the kids. There was sidewalk chalk and bubbles and prizes. It was amazing!

We advertised in town so everyone knew that it was going to be different this year. And the turnout was incredible! We ran out of parking in the parking lot and our security/parking volunteers started parking people in the grass field. We changed what we had been doing and everyone took notice. People came out and enjoyed a free family-friendly event that ended with glow sticks and a great viewing spot for the firework show. It was a success.

Why did we experience growth at the even that year? Because we changed what we were doing.

The church always wanted to have a bigger turnout each year. Every year they walked in the parade passing out popsicles with invitations for free hotdogs, soda, and live music before the fireworks. And they always got a decent-sized crowd. So, they continued to do the same thing year-in and year-out. And they continued to get about the same sized crowd each year.

That doesn’t seem like a bad thing right? People showed up.

But they also weren’t maximizing their opportunity. They weren’t growing and reaching new people. And on top of that, the event was starting to grow stagnant. The staff was getting tired of it and you had better believe that when the staff is tired of something it doesn’t take long for others to pick up on that feeling as well.

When you’ve had success in the past doing a specific thing a certain way, it’s easy to fall for the lie that you just need to keep doing the same thing over and over. Don’t get me wrong, this will work for a time. But then time passes and things change. Maybe there is new technology available that could make things better. Or maybe the competition has started providing something that’s a better experience than what your company is providing.

Or, maybe everyone involved just starts to slack off a little because they aren’t being challenged any more.

There’s a gameshow on television called America Says. A team is given a topic and then they have a bunch of blanks that represent the answer. Each blank has the letter at the front that the word starts with. Here’s an example:

My grandmother loves watching the Game Show Network, so my family watches this with her a lot. And I’ve noticed a common problem. We can usually get all of the answers except one (especially in the rounds at the end). Why? Because there is usually one answer that forces you to have to think of the clue in a different way. We all get stuck on viewing the clue from the same angle and then we can’t figure out the last one.

Then, when we find out the answer, it seems so obvious. We wonder how we didn’t think of it.

This happens in businesses too. It happened in the church 4th of July story too. A group of people finds success doing something one way and then it becomes harder to think of doing it a different way… until someone comes in with a new perspective.

If your team is struggling to make adjustments and grow, you may need a new perspective. This could be in the form of working with a business coach or it could be by making a new hire or adding some diversity to the table.

2. Look at how to improve on the things that didn’t go well

This step is built right into the SPEAR process. As people, we have a tendency to want to look past things that didn’t go well. We don’t like to admit our “failures” because there is this really negative connotation that comes along with “failure”.

But failure doesn’t have to be a bad thing. It’s something to be learned from. However, it’s impossible to learn from failure if you spend all your time trying to ignore it or sweep it under the rug.

Back to the church event example, we started spending time after each event reviewing how things went. We wrote out the things that went well AND the things that we needed to improve on next time. For example, we ran out of ketchup before the end of night and we ran out of room in the parking lot. So, for our next event, we made sure to have a backup plan for parking in case it overflowed and we ALWAYS kept plenty of extra condiments just incase. Under my watch, we would never run out of ketchup again! That was a mistake I would only make once. 🙂

3. Determine how to maximize the things that are going well

Just as important as looking at the areas that need to be fixed is looking at the things that went well. When you see what’s working, you know what you should continue doing, do more of, or figure out how to build upon.

At the 4th of July event, the ice cream cart was an incredible success (go figure—free ice cream on a hot July day)! Not only did we run out of ice cream and have to run up to the store to buy out their supply of popsicles, fudgesicles, and drumsticks, but there was a line all night long. Since it went so well, we knew that if we did that again the following 4th of July, we would want to have two ice cream carts to shorten the line and improve the experience.

What good things could be maximized within your business?

4. Ask for feedback from your clients/customers

This is similar to getting a new perspective, but in #1 we were talking about bringing in a new perspective on your team. It’s just as important to get feedback from the people who are doing business with you. They are going to be able to enlighten you about things that your team might be missing completely.

This feedback is priceless. You can think all you want that you’re doing things the right way, but in the end, it’s not your opinion that matters. If your customers aren’t happy, it doesn’t matter how great you think things are going.

Set up an easy way to get feedback. This will vary based on the type of industry that you’re in and how you do business with other people. It could be in the form of a survey or just an email asking for feedback. Don’t underestimate how important this information is as you focus on growth.

What’s your next step?

Are you ready to try doing things a new way because you know it’s time? If you want to make some changes, but aren’t sure exactly what to do, let a SPEARity coach guide you through overcoming the obstacles to your success. Schedule a free consultation today to explore your best options for coaching, training, or leadership development in Milwaukee.