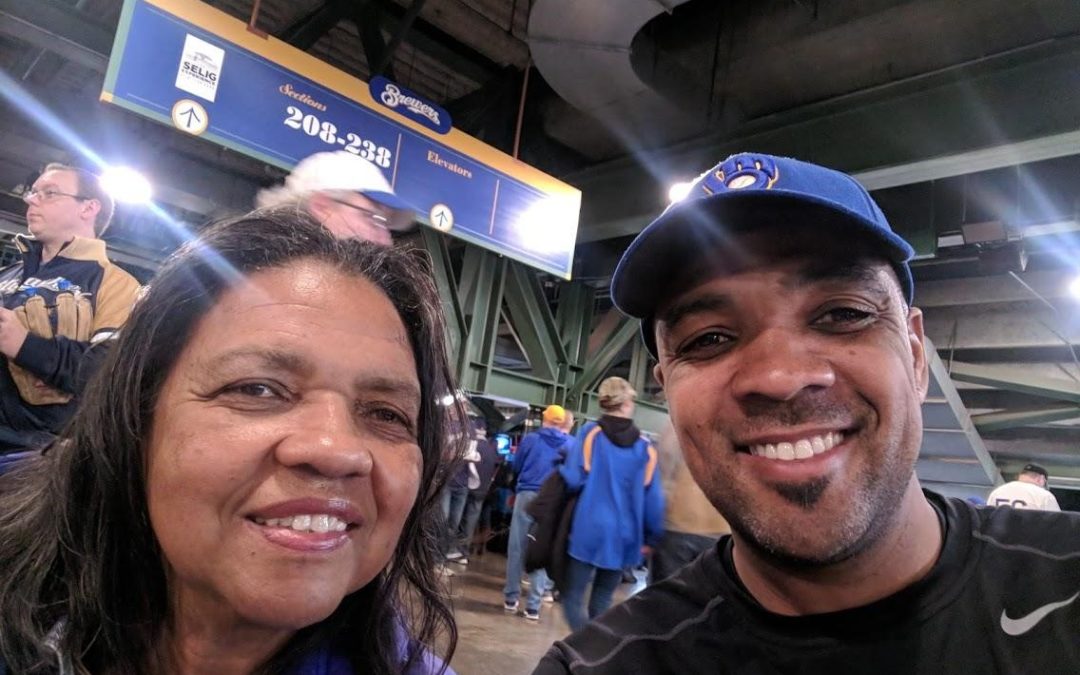 This past weekend was such an incredible ride in the city of Milwaukee. First of all, we officially opened Fiserv Forum (if you haven’t gotten over the new name by now, please seek help, seriously) with a win by the Milwaukee Bucks. Given that my mom turns 77 this year, it may end up being her last “final opening” of a basketball arena.

We went to game 2 of the NLCS and had such a great time in that loss (the best part was seeing people turn around and high-five my mom after a big play). Having tickets to the Forum and games six and seven of the NLCS, I figured it would be best to attend the Bucks game for the following reasons. With the Brewers down to the Dodgers 2-3, should the Crew lose game six, I didn’t want to both see the loss AND miss the only initial NBA game in the new arena. In the most awesome scenario, the Bucks won and the Brewers won setting up an epic game seven.

Through persistence and luck in the lottery, I had three club-level seats for game seven of Saturday night’s game. My in-laws were in town, so my wife and I decided to ask my father-in-law (FIL) Ed to attend the game with us. Why was my wife going to the game you may wonder? Because there was absolutely no way she was going to allow me to invite anyone over her after missing out on Game 1 of the NLDS. If she’s been in town, she’s’ going to the game. Any questions? I think not! That said, we had one extra ticket and she kept asking me if we could invite her dad.

My FIL Ed is a sport focused son-in-law’s dream. My brother Bryan’s FIL Mike is pretty special in that regard too, but Ed’s pure enthusiasm is unrivaled by anyone other than my son Daylen. He can tell you a random high school girls freshman basketball score in a remote section of rural Wisconsin for a pre-season scrimmage. Dude LOVES sports.

To top it all off, he’d never been to a postseason baseball game in all his nearly 70 years (actual age redacted to avoid agism accusations) born and raised in Wisconsin. Granted, Milwaukee hasn’t had as many opportunities as other franchises, but this was our shot. Finally, Ed’s sister was recently in a terrible falling accident in her home, so that too was on his mind as the prognosis wasn’t very promising (she has since passed away as of this publishing). He really needed a pick-me-up and something to keep his mind busy.

When Michele and I asked him to go, he literally (I mean literally as in actually happened) leapt off our kitchen floor in excitement. As if he couldn’t get any more excited, we told him that we were going to Jackson’s Blue Ribbon Pub (JBRP) on State street located in the historic Pabst district in downtown Milwaukee. In typical Eddie fashion, he quipped, “You know Jackson’s is my favorite place to have beer and wings in Milwaukee”. Yeah, it’s ours too. JBRP is part of our pregame ritual for all Milwaukee area sporting events.

After heading to the game nice and early after polishing off wings, fries, and beer, we took the JBRP shuttle to the game. Even the ride to the game was exciting. It was standing room only on the bus, with everyone excited to discuss their stories about the 1982, 2008, 2011 and the current 2018 playoff teams. We were on our way to watch a historic win by our Crew. After freezing going into the game, it was nice to go into a covered stadium for October baseball in Milwaukee. It goes without saying, but the person who decided to put a roof on Miller Park was a genius. 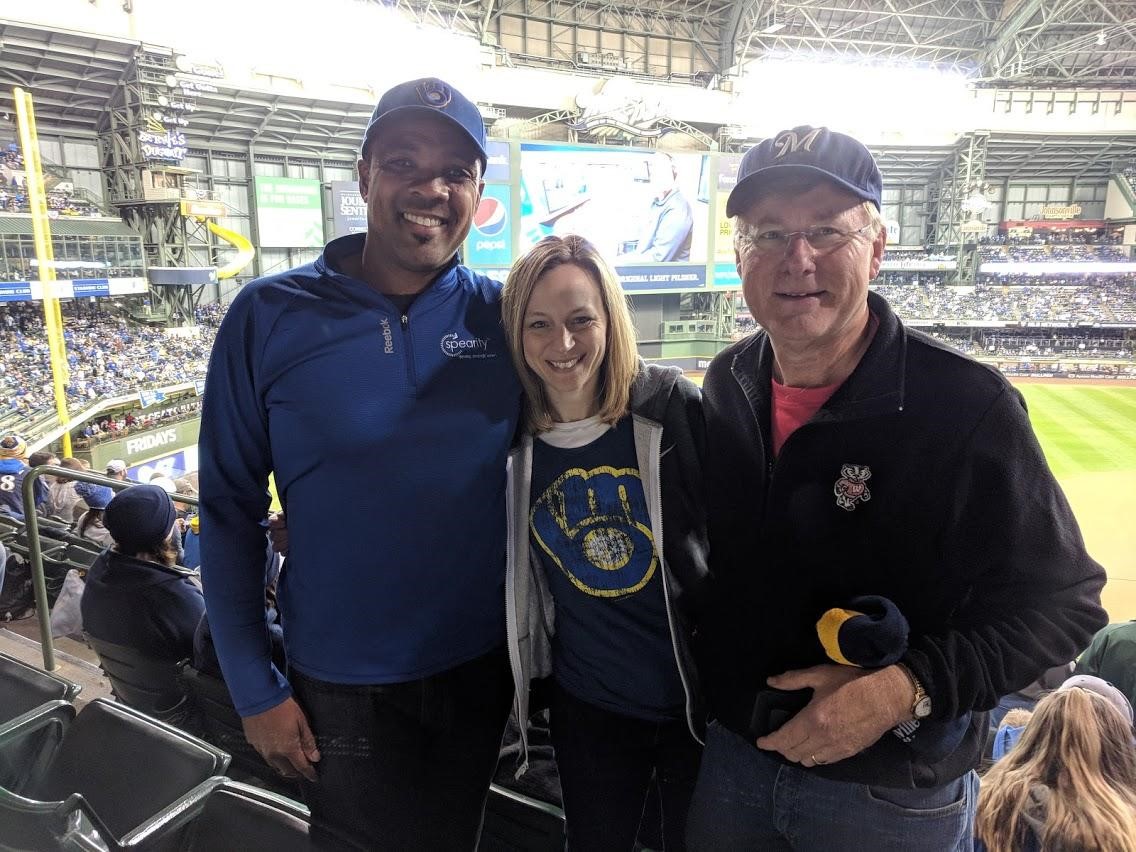 After nearly four hours of adulation, yelling, screaming, and an anti-climatic attempted comeback thwarted by an amazing catch, the Brewers lost game seven. That was such an uncomfortable ending. I mean, did it really have to end this way? After a twelve win, free George Webb hamburger winning streak, and a back and forth battle between two evenly matched teams, it all ended so abruptly. So, you know I had to learn a leadership lesson from this deflating event. So what was it?

Leaders must enjoy and appreciate the wins and learn from the losses. In life, there will be way more losses than wins. This is what I love about sports. As a business owner, I’ve lost way more contracts than I’ve won.

My wife and I had an EXTREMELY rare spat in the game because she was “keeping it real” and I was “keeping hope alive”. But, we comprised on “this hurts but let’s appreciate the moment”. Trust me, that’s a huge win. Many people would ask in hindsight the point of even trying if you lose anyway. My question would be, “What’s the point of living if you’re not even going to try?” They say it’s better to have loved and lost than to have never loved at all. This principle rings true in love, sports, and leadership.

After the game, I asked Ed if it was worth it to go through the heart-wrenching loss. In typical “Eddie best FIL ever” fashion, he quipped, “You bet it was. I got to see historically great players, play the game I love, for the team I love.” Like everyone who knows him, you just have to love that guy!