The day we’ve all be waiting for has finally arrived. Yes, tomorrow is midterm election day. Woohoo! If you watch any live television (since Tivo entered the scene circa 2000 I don’t watch much live TV) then you too have been bombarded with political commercial after commercial. What’s funny is the fact that I’ve actually watched more live television now that we leave it on for Charlie so he doesn’t get too lonely (a Charlie update is forthcoming). I’m not affiliated with any political party, but what really piqued my interest was a slanted google search for the word “bomber”.

After reading about the pipe-bomber in the various right, left, and center news RSS (Really Simple Syndication) feeds, I wanted to learn more, so I googled the term and retrieved several left or liberal biased results based on the sources. For national news, I regularly read FiveThirtyEight, Drudge Report, New York Times and The Hill (not necessarily in that order) because amazingly the idea of “newsworthy” is vastly different on these political sites. To verify that something was off, I created an incognito browser and googled the same word. This produced a much more balanced result listing. Honestly, this really upset me.

The dangers of confirmation bias

First of all, I understand that Google, Facebook, Twitter, and other ad-producing sites make more money by feeding people what they already believe. This is referred to as confirmation bias. As a whole, our society LOVES confirmation bias. If we can find resources that reinforce what we already believe in the first place, then we can be more comfortable thinking and more importantly behaving how we currently behave.

This is the exact opposite of this blog’s purpose. I tend to pursue news that is the opposite of what I already believe which is what upset me the most. There is no one political side that owns truth (all too often, political positions are rooted in power retention). Most times, the truth is somewhere in the middle of many different perspectives and sides. So, if I want to really know what’s happening, this means reading sites that offer a very uncomfortable position from the ones I currently believe. Again, this intentional pursuit helps me pursue greatness.

So, after basically abandoning my already scrubbed Facebook profile, I proceeded to scrub my Google profile. It felt so refreshing to start from scratch with a “new” profile knowing my results would have a less biased perspective. Additionally, I’ve begun using DuckDuckGo as an alternate browser because they offer a more privacy-focused perspective. Pragmatically, I still use my Google profile because I like to find something I once googled but can’t remember exactly where I previously found it. But, I’ve also set a reminder to delete my history every six months going forward. I know this sounds like a lot of work, but avoiding being comfortable is a lot of work as is most things worth pursuing.

As for the promised Charlie update, he’s now up to 31 lbs (the vet says he should land between 55-65 lbs to my wife’s chagrin), roamed freely in the open part of the house for a few hours without destroying anything (to my wife’s surprise), and LOVES his new invisible fence (warms my wife’s heart). After watching all the political ads, soap operas, judge shows, and the “if you’ve been harmed in any way, by anything ever, by anyone, call attorney blank” commercials, I’m not sure if he’ll ever recover from that propaganda. However, we do think it makes him miss us sorely because he is simply amped to see each of us when we come home each day. Yay Charlie!

For your leadership development, what do you need to challenge in your current position? If you struggle with confirmation bias in your business getting a SPEARity assessment can help you get a true picture of where your business stands with strengths and weaknesses 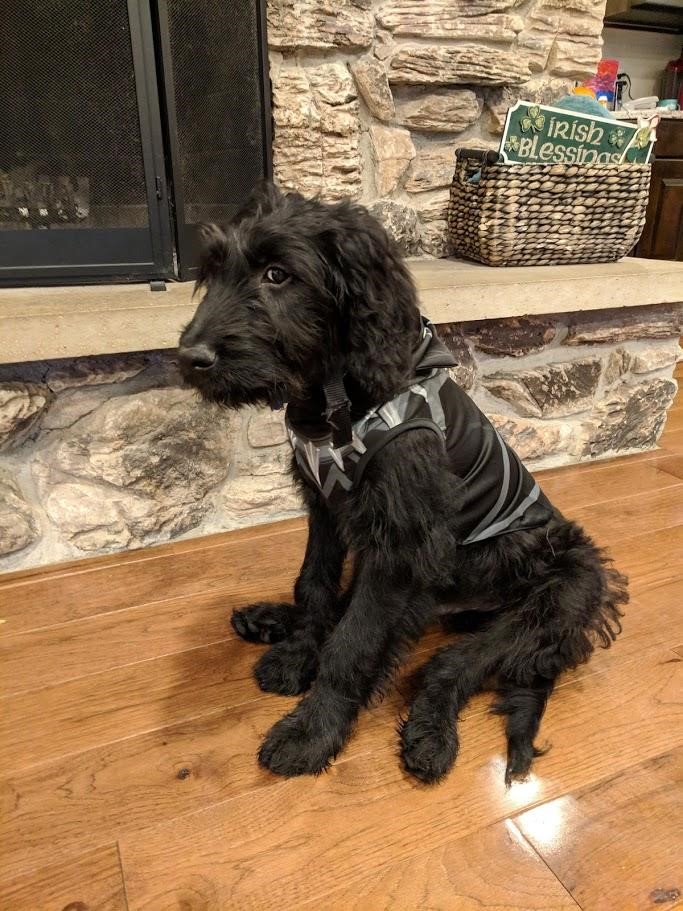 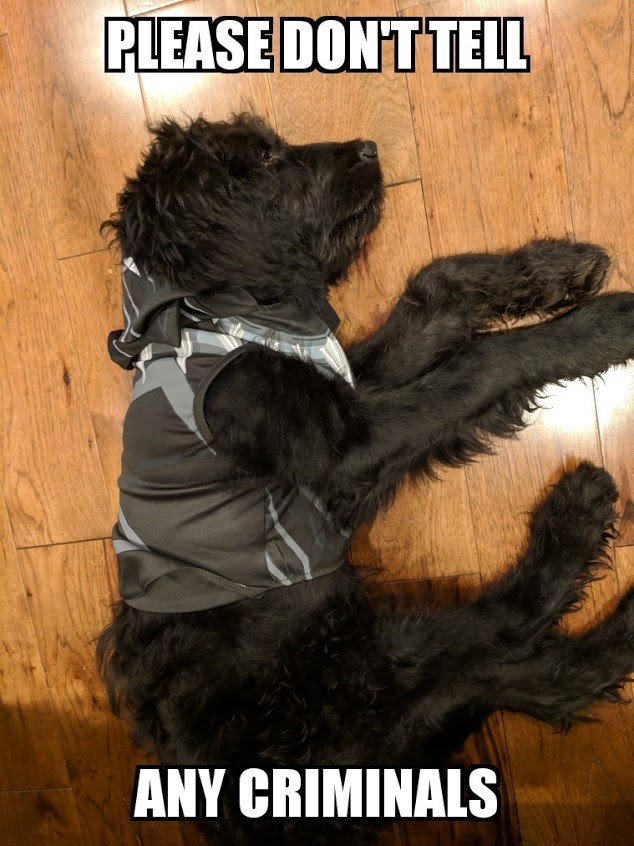 Charlie Murphy as the Black Panther