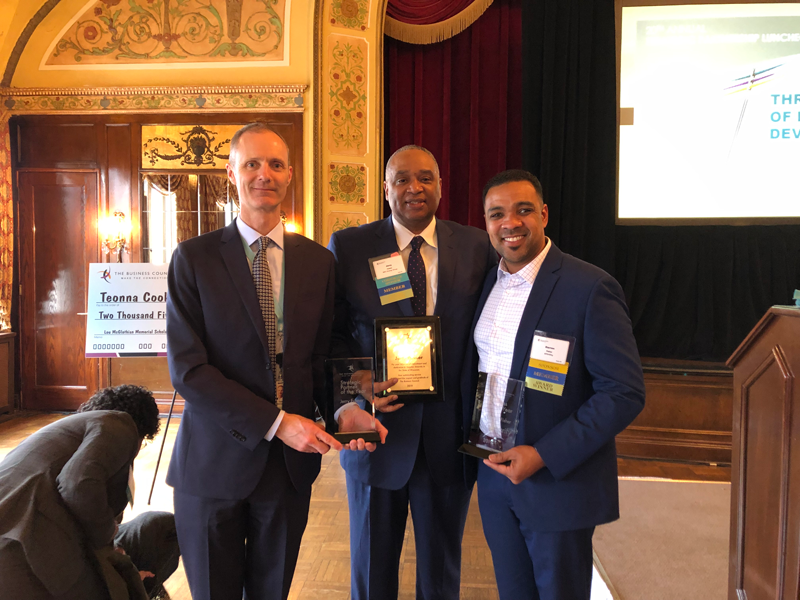 This week, we will be receiving an award for the The Business Council’s (TBC) business of the year. Given the other nominees, this was a huge deal. Even though we were nominated for the opportunity, we still had to garner enough votes to actually win. As the CEO, I said that we would only do two things as part of this process: a) post one image on Facebook, and b) post one image on LinkedIn. That’s it.

(Stephanie’s Note: You did see this mentioned in the Monday Morning Strategist once, but that was all my doing.)

I didn’t want to bombard my connections’ feeds with reasons why people should vote. Obviously it worked, but if I can be honest with you, the recognition after winning makes me feel a little uncomfortable.

For perspective, I really like winning. Okay, maybe that’s an understatement. It doesn’t matter if it’s throwing a ball, playing poker, playing golf against my brother Bryan or speaking at an event. I want to win. But what I’ve learned is that it’s not a “win at all costs” type of win that I enjoy.

Vince Lombardi once said, “Winning isn’t everything, it’s the only thing.” Does that mean being associated with Spygate and Deflategate is worth the Super Bowl trophies? To me, that answer is a resounding no. To me, winning with ethics is just as important as the win itself. So, what I’ve learned is that competing is what I truly like and winning is the byproduct of that competition. Competition is awesome!

I once lost playing dominoes to Frank, an older gentleman from Detroit, for two weeks straight while deployed on a temporary duty assignment (TDY) in the military. Every day, we’d play for two to three hours of my getting my butt whooped. Eventually, Frank asked me if I wanted to know how to play the game. After the four weeks of tutorials, I was ready to compete when I returned for the TDY. At that point, it wasn’t even fair. I was able to crush my friends and even some braggadocious “frenemies” at the game. It felt good to be the best. But I didn’t feel bad when Frank was crushing me either. I knew I would get better, so I just kept showing up ready to play again until I was really good.

However, when my friends would talk about others playing me, I would show a cool face. But on the inside, I was really uncomfortable. Sure I believed that I could and would win, but I didn’t need the hype. Therefore when the wins come, I’m not always comfortable with the spotlight that comes with the recognition. Weird huh?

On the flipside, I do understand that from a business perspective, it’s important that we promote these accomplishments. Many times, the awards we receive come from our peers’ recognition of our hard work and dedication to making the industry better. This means more opportunity for our employees, a better life for their families and the ultimate fulfillment of my personal vision to help others achieve a greater success. True friends in the industry want to see others do well. The rising tide lifts all boats as the saying goes. So if this is what it takes to make everyone better, I will uncomfortably accept this recognition.

In gratitude of SPEARity receiving the award, I want to thank each and every one of you who voted or put us in a position to win. As business coaches, clients, community, friends and family, WE will be receiving this award on Thursday. It will be uncomfortable. But I don’t mind taking one for the team when surrounded by such awesome teammates.

We are SPEARity, a local Milwaukee leadership coaching firm that specializes in business coaching, executive coaching, and leadership development training.