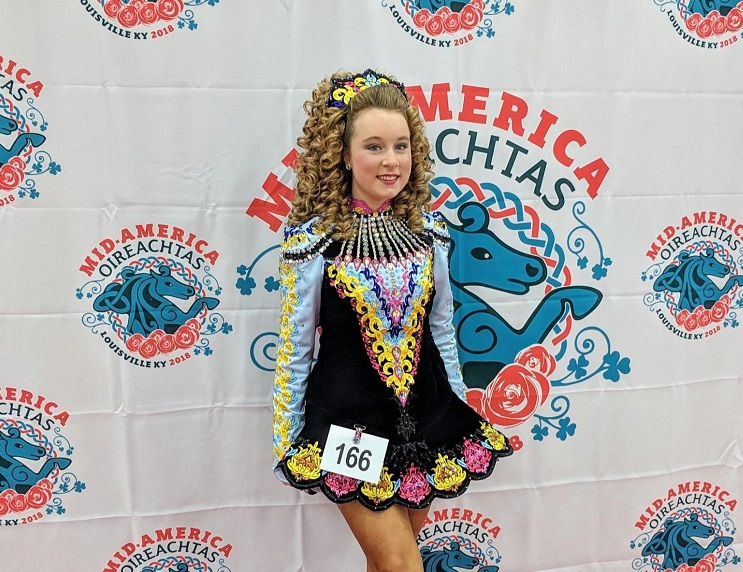 One of the best parts of coaching, parenting or any type of relationship is seeing someone you love crush it. A few weeks ago, I wrote about Kara’s (our youngest) team winning their first basketball game. Since then, she went 3-for-3 in a game which is so awesome as a coach/dad. Not only does she have the confidence to keep shooting, but she’s also getting the success from trying. With every elation, there’s always the other side of the coin. Each year, the Irish dancers make a quest to Oireachtas, the Midwest championships Thanksgiving weekend. Unfortunately, Kara did not make it this year even though Carlyn (affectionately called Puffin) did qualify. But that’s not the most disappointing part of the story.

Michele, my wife, got to Louisville early so there would be no pressure for Carlyn to ride in from Wisconsin and dance right away. Puffin, sporting her newly designed dress, lined up on stage as many times she’d done in the past. After completing her first dance, she and her mom both knew she didn’t do well. As with life, once this performance is over, it’s time to move on to the next dance. Good or bad, each dance should be taken individually. This time was not like that at all.

Carlyn could not shake her bad performance. The usually even-keeled Puffin was nervous, teary-eyed and for whatever reason unable to move on. As you may have guessed it, she didn’t perform well on her next few dances. Due to her inability to shake the bad start, she didn’t recall as she’d done the previous year with no opportunity to move on to nationals.

Applying it to leadership

This is such a life/leadership lesson. The trick to being a consistently high performer is to build on successful performances and learn or adapt from unsuccessful performances. The problem occurs when the emotions overtake the logic in a negative way. Haven’t we all been there before? The question is how do we make the necessary change in the moment? I like to say, pick one thing to focus on and do that. For example, Carlyn could do something like “keeping her chin up (literally) and smiling”. That’s it. Don’t focus on form, steps or the routine. Only focus on the chin and smiling. This allows the performer to lower the bar by choosing something she can control.

Unsure of how to move past the pressure and identify what the thing is you should be focusing on? Contact SPEARity, a local Milwaukee leadership coaching firm that specializes in business coaching, executive coaching, and leadership development training.