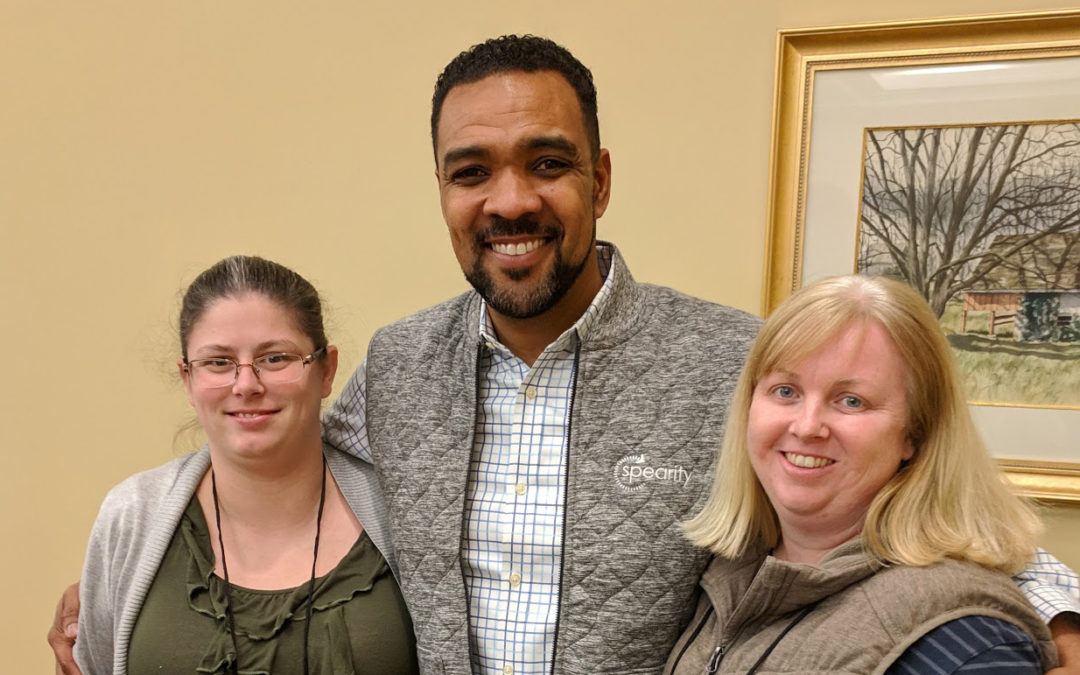 You know the old adage, “be careful what you wish for because you just might get it?” Well, I get the adage. One of my goals for the business is to be a paid motivational speaker. From these speaking gigs, I could create opportunities to get to know SPEARity as a leadership development brand.

Thanks to some really great influencers (yes I’m talking about you Ashley DiBlasi), I’ve had the opportunity to speak everywhere from Montreal to Virginia and Atlanta to Idaho. Honestly, things have been going really well on that front, but there have been a few hiccups. My body just doesn’t understand what it takes to do this type of traveling. And that makes the whirlwind a little uncomfortable.

As many of you know me well understand, I suffer from early onset O.L.D. (that’s old for the too early to relate crowd) so I need some things I didn’t need just 2-3 years ago. For the most part, I’m a 6.5 hours a night sleeper. If I would get 1-2 hours in a night, I would still able to function for a few days just fine, then I’d make it up with a seven-hour sleep a few days later. No biggie right? As long as the average made it to around 6.5 ish I was good. That is no longer the case my friend. 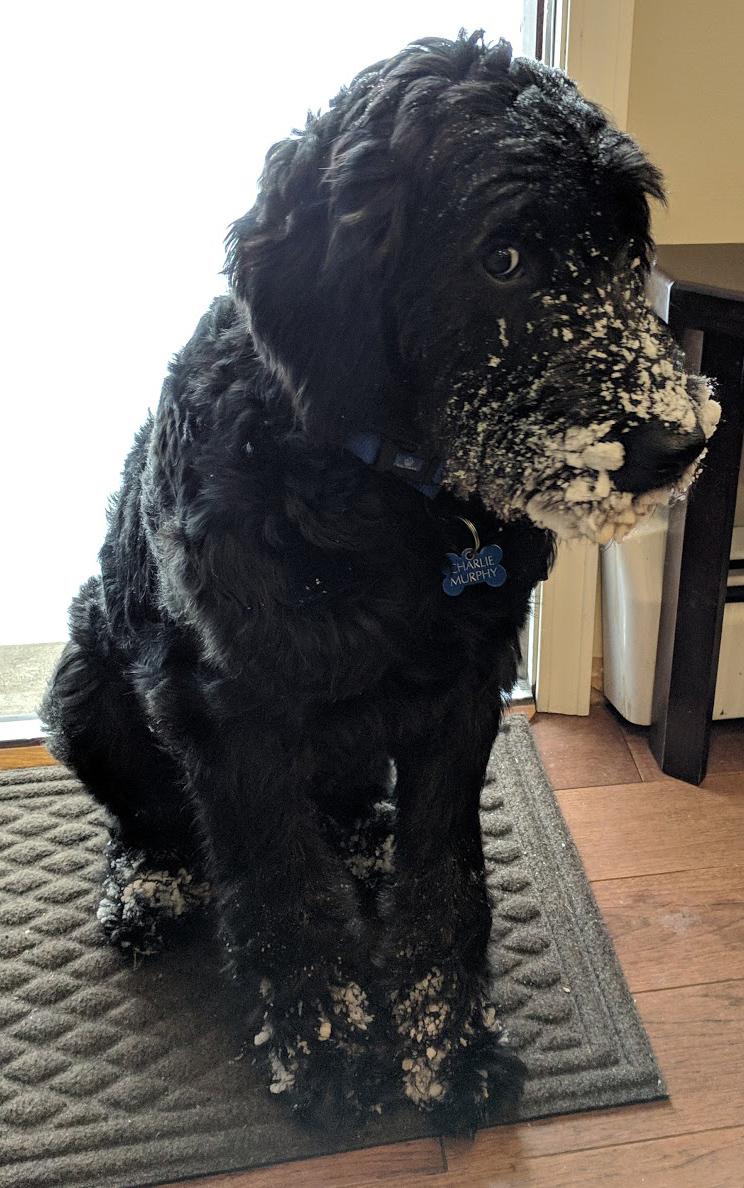 Now, I have to use earplugs just to make it through the night consistently. Thank goodness Michele is on am Charlie patrol. For that to even work, please don’t give me a single drop of coffee. It doesn’t matter if I drink it at 5 am, I’ll be awake staring at the ceiling at 2 am wondering why I can’t fall asleep. Then I think, “Oh yeah genius, you had a cup of totally doctored up coffee for no apparently good reason.” It’s almost as if caffeine only affects my eyelids. My entire body understands it’s night time even up to my eyeballs that feel nice itchy-tired, but eyelids are a different story.

They’re more like “Oh, we’re good for another 4-6 hours minimum boss!” And if this isn’t enough, my immune system then chimes in to communicate it’s totally over it and says we’re going to mimic cold-like symptoms or go full blown walking petri dish so you have to get some sleep.  O.L.D. at its finest.

So on my latest trip to Delaware as the closing ceremony keynote, I planned to drive to Chicago O’hare from Milwaukee, fly directly to Philadelphia, drive to Delaware, speak, then reverse course all in the same day. Sounds easy right? Then about three weeks earlier, I found out I would be getting an award from NARI Milwaukee the night I was returning from Delaware. We figured this shouldn’t be an issue because my flight landed at 5:00 pm and the banquet was at 6:30 pm in downtown Milwaukee. To top it all off, this was the President’s award, so you know I had to be there to receive such a prestigious award.

My friend Dave warned me to drink lots of water when traveling. I guess the airplane air dehydrates you, so you need to compensate for those conditions. With my water jug in tow, a backpack, and TSA PreCheck on my boarding pass, I was ready to start the day.

The night before my flight, I got an email from the airlines saying that my flight was “eligible” for a no-cost change due to the ensuing snowstorm headed toward Chicago. There’s nothing like a natural disaster the night before a big speaking gig to get those juices flowing. I decided to just play it by ear and leave in the morning at the originally planned 2:30 am time. Needless to say, I didn’t sleep the entire night. So I ended up just getting ready and leaving at 1:30 am.

Everything went as planned getting to Delaware and back to the Philadelphia airport. Everything is going according to plan. (For those who know anything about drama, you know I wouldn’t be writing about this unless something bad was about to happen.) Our flight was “supposed” to leave at 3:45 pm.

It all fell apart

First, we had a 30 minute delayed arrival before we could get on the plane. I’m thinking that this is no big deal. Still should get to the banquet at 7:00 pm. After boarding the plane, we heard the ominous words from the pilot “Uh, sorry about this folks. The maintenance crew is saying we have an AC problem that hopefully can be fixed shortly…” Seriously? There’s a blizzard on its way. Do we really need AC? Now if the heat wasn’t working, then I could see holding up the flight, but not AC. After three more “reassuring updates” and another hour on the plane, we eventually departed. For those keeping track at home, that’s a one hour and 45-minute delay.

We did make it safely back to Chicago ahead of the snowstorm. However, now I had to go directly to the banquet which I’m sure I could make up some time on the road. You probably guessed this but on the way to the banquet, the storm finally hit us. Another delay. After “carefully” navigating the snow, I finally made it to the banquet at 8:45 to receive my award and take pictures with the president, Chris. I believe this qualifies for a whirlwind right?

To make the day better (longer), I got a text from my daughter Kara asking if I could pick her up at 10:00 pm on my way home. I told her that I was exhausted and would pick her up asap. I mean I’d been traveling all day. After grabbing three tacos from Taco Bell (don’t judge because I didn’t get a chance to eat the meal at the banquet), I picked KarBear up at 10:30 pm finally walking through the door at 10:40 pm. So what does this have to do with a leadership blog?

The value of experience

Well, I got about 8.5 hours of sleep the next day to avoid the plague. Also, drinking the water all day kept me hydrated and refreshed. So even though the whirlwind day was a little uncomfortable, I learned how to travel and stay healthy. Part of great leadership is listen to those who have experience (Dave) and those who have major influence (my O.L.D. body).
Thanks to IIMC for having me speak and NARI Milwaukee for the leadership award. It really means a lot to have these opportunities!

Are you ready to take your leadership skills to the next level?  Let’s talk! We are SPEARity, a local Milwaukee leadership coaching firm that specializes in business coaching, executive coaching, and leadership development training.